Acta Classica publishes full articles, miscellaneous articles, review articles and reviews. The language of publication is mainly English, but many contributions have also been written in Afrikaans, German, French, Dutch, Latin, and Italian.

All articles since Vol. 57 (2014) contain digital object identifiers (DOIs) as required by many international research funding bodies. The prefix is DOI 10.15731/AClass.

Acta Classica has been indexed on Thomsonreuter’s Web of Science since 2009 and on the European Research Index for the Humanities and Social Sciences (ERIH PLUS) since 2011. Acta Classica was approved for inclusion in ERIH PLUS on new criteria in June 2017. The URL for this list is ERIH PLUS. The Coden registration for Acta Classica is ACCLAP.

Users of Endnote may want to download the Acta Classica Endnote style (ActaClassicaHarvard.ens) and the compressed data files for work published in the journal (ActaClassica.enlx) in order to search for articles, notes, and reviews, using this bibliographical package. 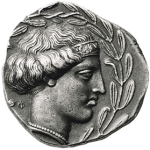 Acta Classica volumes from 2018 to the most recent volume are available on Project Muse (https://muse.jhu.edu/journal/759).

Acta Classica volumes from 1993 to the most recent volume are available on Sabinet (https://journals.co.za/content/journal/classic).

Acta Classica volumes from 1958 are archived on JSTOR with a moving wall of 3 years (https://www.jstor.org/journal/actaclassica).