From 1969 until her retirement in 1995 Ursula Vogel-Weidemann taught Ancient History at the University of South Africa in Pretoria. In 1977 she became Professor of Classics, and was Head of the Department from 1981. In addition to this, she was editor for Acta Classica from 1985 to 1996. Her main research interests were the politics and prosopography of the first century AD.

The Ursula Vogel Trust award is available to postgraduate members of the Classical Association of South Africa (CASA) to conduct research on an approved topic at an academic institution abroad or alternatively to follow an approved itinerary of classical sites in the classical world. Applicants must have at least a BA Honours degree in the Classics, Ancient History, Latin or Classical Greek. Preference will be given to upcoming researchers in the field, and to an individual who intends doing research on a subject in ancient Roman or Greek History, but other research topics in the general field of Classics or Classical Archaeology will also be eligible. The award is made biennially.

Candidates must submit their applications to the Chairperson of the Trustees for initial scrutiny and forwarding to the Trustees. Details of the information required to support the application are set out below, and enquiries may be sent to the contact details supplied below. The Trustees will select a candidate from the list of eligible applicants and their decision will be final. No correspondence will be entered into once the applicants have been informed of the result.

The successful recipient shall present the Trustees with a report on the progress made on his or her research project overseas or successful completion thereof before surety will be paid to the recipient. The recipient shall also supply the Trustees with reprints of any publications in academic journals based on the results of his or her research and submit a résumé of any thesis or book that is produced at the completion of the project pursued. He or she will also be required to acknowledge the financial support received in any such publication.

The following documentation is required from each applicant:

Applications for 2021 are not yet open. 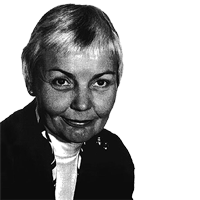